Leonardo Da Vinci by Walter Isaacson.  This is the same biographer that wrote wonderful biographies of Steve Jobs, Benjamin Franklin and Albert Einstein.  The power of Da Vinci’s intellect and the insatiable nature of his curiosity is well detailed in this volume.  Isaacson focuses on Da Vinci’s ability to master multiple disciplines (painting, sculpture, science, engineering, writing, anatomy, biology and so much more).  Da Vinci was a self-taught polymath who built his knowledge and honed his craft through experience and reflection. His prolific writings, sketches and diagrams in his notebook represent the epitome of human achievement.  It was only after reading the biography that I fully appreciated his towering intellect, and what a loss it was to the advancement of human knowledge that more of his work wasn’t published in his lifetime.  In the end, Isaacson points out that Da Vinci  was human after all.  He could never bring himself to “finish” a project and publish it. Many of his discoveries were re-discovered by others, hundreds of years later, not realizing that Da Vinci got there first.

Epictetus: Discourses, Fragments, Handbook.  The great Stoic philosopher, Epictetus, never wrote anything down.  Luckily, his student Arrian did, and because of that we have this incredible book covering his lectures and teachings on philosophy.  I was turned on to Stoicism through Marcus Aurelius’s Meditations, and he quotes heavily from Epictetus, so I wanted to go to the source.  He does not disappoint.  Epictetus (50 AD – 135 AD) was born a slave, but eventually was granted his freedom and studied  philosophy under Musonius Rufus, another famous Stoic philosopher.   If you’re interested in Stoicism I recommend starting with Marcus Aurelius or Seneca, but if you want to truly understand Stoicism and adopt it as a life philosophy, then Epictetus is essential.  The Handbook (Enchiridion) begins; “Some things are within our power, while others are not.”  And with that Epictetus builds a framework for Stoicism, which I find to be an invaluable guide to living the good life.

The Journals of Lewis & Clark, Edited by Bernard DeVoto. From May 1804 to September 1806, two men led an expedition from St. Louis, Missouri to the Pacific Ocean and back again. The group covered over 7,000 miles, crossed the Rocky Mountains in harsh conditions, and encountered numerous Native American tribes, both friendly and hostile. They were the first people of European descent to explore this territory. Only one man died on the journey, and that was likely from acute appendicitis. All the other members of the expedition, including a young Native American mother and her newborn son, returned safely along with a treasure of newly acquired scientific, geographic and cultural knowledge of the Western United States. It was an amazing success. I had previously read about this incredible expedition in Undaunted Courage by Ambrose, but this time I went straight to the source.  I was bracing myself for hundreds of pages of dry, boring journal entries, but nothing could be further from the truth.  I wrote about the Leadership Lessons of Lewis & Clark if you’re interested in learning more.

Creativity Inc, by Ed Catmull.  The story of Pixar as told by a co-founder.  How is Pixar able to produce blockbuster after blockbuster?  Their string of successes is unprecedented in movie making; Toy Story, Finding Nemo, Monsters Inc, The Incredibles, Cars, Ratatouille, Brave…the list goes on.  When an organization has this much success, it pays to understand what they are doing that is so unique.  Catmull attributes the success to the culture.  He goes into detail about how to build and sustain a creative culture.  Catmull writes of a memorable incident at Pixar that stood out to me as an excellent example of the difference between management and leadership.

Leadership: Essential Writing by Our Greatest Thinkers, edited by Elizabeth Samet.  Full disclosure I bought this book in 2015, but it wasn’t until 2017 that I can say with confidence that I read the entire book.   In truth, I’ve been reading and re-reading selected chapters here and there for the past two years.  It is an anthology, pulling together the best writing on leadership from the likes of Plutarch, Thucydides, Virgil, Melville, Orwell, Shakespeare, Lincoln, Grant, Seneca, Montaigne…and so many more.  This book has introduced me to many writers whom I previously had heard about, but for whatever reason, I never read.  The editor, Elizabeth Samet, is a professor of Literature at West Point, and these are the writers and thinkers she teaches to the next generation of military leaders.  I highly recommend this book. It’s not one you read cover to cover, rather you pick it up, sample some great writing and then go to the source if you’re looking for more.  It is the book I’m most likely to take with me on any given business trip.

The Inner Citadel by Pierre Hadot.  If you get into Stoicism, eventually you’ll come across Pierre Hadot, a french intellectual and writer who wrote this incredible exposition of The Meditations by Marcus Aurelius.  For Hadot, the great tragedy of Western Philosophy is the fact that it has retreated to Universities where it is taught as an intellectual exercise.  True philosophy, as it originated in Ancient Greece and Rome, was a philosophy that students adopted and lived, through they day-to-day actions.  Hadot re-interprets The Meditations by Marcus Aurelius as a self-guide to spiritual exercises that aided the emperor in his attempt to live a good live and abide by Stoic principles.  When it comes to Stoicism, my first advice is to go to the source, but this is one of the rare books about Stoicism that truly illuminates the subject.

Why Buddhism is True by Robert Wright.  An introductions to secular Buddhism by a well-known evolutionary biologist. Wright draws on his own personal experience with mindfulness meditation and his exploration of Buddhist theory to validate at least some buddhist practices. He does not endorse or defend the supernatural claims of Buddhism (like reincarnation for example), rather he examines the central claims of Naturalistic Buddhism. One of these claims is basically that the reason we humans suffer in this world, and cause others to suffer, is that we don’t see the world clearly. We have many illusions about ourselves and others. If we can dispel these illusions, and see things for what they really are, we will be happier and become a better person.

How to Live: Or A Life of Montaigne in One Question and Twenty Attempts at an Answer by Sarah Bakewell.  I was introduced to Montaigne in this Leadership Anthology so after looking around a bit, this was the highest rated biography on Amazon, so I jumped into it.  Bakewell uses each chapter to examine a different aspect of Montaigne.  At age 38, he left public life and retreated to his library on his country estate where he did a lot of reading, reflection and writing.  Eventually he produced one of the great works of Western literature and philosophy, the Essays.  I’m reading the Essays as well, but it helps to have an understanding of the man and his times to truly appreciate his work.  Bakewell does an excellent job of chronicling this incredible and complicated man.

The Story of Philosophy by Will Durant.  This was recommended to me by one of my favorite blogs, Farnam Street.  If you’re looking for a general overview of the major Western Philosophers, their lives and a brief summary of their philosophy, this is an excellent choice.  I realized there were gaps in my knowledge, especially Spinoza, Schopenhauer, Kant and Voltaire.  Durant is a great writer and is able to concisely and clearly cover a lot of ground, and keep it entertaining.

Titan: The Life of John D. Rockefeller Sr. by Ron Chernow.  It’s hard to believe I waited this long to read a comprehensive biography of this man, probably the greatest capitalist and businessman in the history of the United States.  His story is fascinating, from his roots in poverty and a con-man for a father, yet somehow rising to the very apex of American business by eventually monopolizing the oil industry.  What I found most interesting was the principled life he led, which makes his ruthless business tactics at times, difficult to square.  Rockefeller was a teetotaler and began giving to charities as a very young man, way before he was rich.  But he also forced many people out of business using questionable tactics.  If you want to understand business in the US today, you have to know the story of the rise of John D. Rockefeller.

Principles by Ray Dalio.  Ray started his hedge fund at age twenty-five in his two room apartment in Manhattan in 1975.  Now it’s one of the biggest hedge funds in the world, and he is one of the richest men.  But the trajectory wasn’t always straight up.  At one point, in the early 1980s, he almost lost the business and had to layoff his entire staff. It was humbling but the experience made him stronger.  He attributes that failure to hubris and over-confidence.  At the time he had an attitude of “I know I’m right.”  Turns out he was wrong on a very big bet, and he had to start almost from scratch again.  It was painful, but the experience taught him to have an open-mind and radical transparency around decision making.  He began writing down his principles and testing them in the markets and with his organization.  Overtime, these principles grew and were adopted by his company, Bridgewater Associates.  In this book he shares his principles.  However, he doesn’t expect the ready to agree with any or all of them, but he does encourage us all to write down our own principles that will help guide us to the life we want to live.

Peak Performance by Brad Stulberg and Steve Magness.  How do some athletes and artists stay dedicated to their craft over many years, even decades? And throughout that time, how do they continue to improve, and turn in game-changing performances and create break-through works of art? In their book, Peak Performance, Brad Stulberg and Steve Magness explore how some individuals are able to find another gear, and develop the focus and dedication to achieve mastery.  My favorite take away from this book: Stress + Rest = Growth.  Here are my Four Big Takeaways from this book.

How to Fail At Almost Everything and Still Win Big by Scott Adams.  The creator of Dilbert shares his unique view on success.  Although I figured Scott had devoted his entire life to drawing and comics, it turns out it started as a side project.  In fact, Scott tried many different side projects before he achieved “overnight” success with his cartoon strip Dilbert.  He credits his success to his ability to investigate and tryout so many different potential paths to success.  Although each ended in failure, he learned from each, and always kept growing and improving.  I loved his preference to creating systems over setting goals.

Ubiquity by Mark Buchanan.  What do earthquakes and forest fires have to do with a stock market crashes?  Turns out they follow power law distributions and they tend to form what scientists call a “critical state.”  There is a lot we can learn and infer from these phenomena to help us understand major events in our world that seem to strike randomly.  The future will be punctuated with dramatic, unpredictable events, and this book tells us why.

Nobody Wants to Read Your Sh*t by Steven Pressfield.  This book, more than any other, has helped me become a better writer.  Pressfield has a unique and humorous way of helping writers develop empathy for their readers.  Nobody cares about the world from my perspective.  If I want to write and keep an audience engaged, make it interesting from their perspective.  Highly recommended if you want to become a better writer. 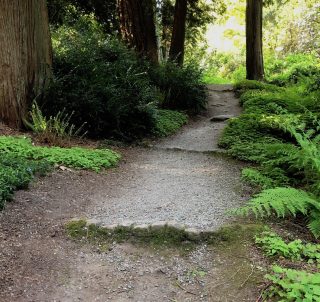